After more than a decade, CanIGetACopy.com is riding off into the sunset. It had a good run, but times change, people change…and names change. So I am very pleased to announce that going forward, all the show filming work that had been done by CanIGetACopy.com will now be done by…ShowFilming.com.

Nearly 15 years ago CanIGetACopy was launched to be a still photography business and the name reflected a common sentiment expressed by people when they saw the printed photos. Almost 9 years ago that business transitioned into what most people now know, and though the name still kinda worked, it was far from perfect.

ShowFilming is a better name for what we do, but hopefully, that’s not all. It’s my goal to make it a better business. When we first started, shows were filmed with a single camera on a tripod…period, then burned to disc with iDVD. Over the last 9 years, little by little, we have grown to the point that we now record with four remote controllable 4K cameras, while also capturing up to 50 individual audio sources. We’ve also added professional video intros and animated menus to the DVDs AND high definition Blu-rays.

Admittedly, my reason for perpetually enhancing the quality of recordings over the years was largely selfish. If I thought I could make something look and sound better, I had to try. And since it was MY obsession, I never felt comfortable forcing people to pay more for it. So, discs in 2017 cost the same $10 that they did in 2009, in spite of the fact that the equipment used cost literally 10x as much, and the time to edit increased in direct proportion with the number of cameras and audio tracks.

Oddly enough, doing exponentially more work for the same price can be bad business. Demand increases, supply decreases. Wait time for discs increases, sleep time decreases. But there didn’t seem to be any good solution until it finally occurred to me that it would make things better for everyone if people who only ever wanted that original 2009, one camera, one microphone, $10 recording, were simply able to choose it. And of course, those who have lots of patrons that want discs recorded with four 4K cameras and unlimited sound, can still get them for as little as $10, too.

So, starting in 2018 with the new name ShowFilming, we are launching a new website. And this new site has a new page to help us work together to plan your upcoming shows. The Show Planning page asks all the questions that I used to ask by phone or text, and gives customers the one piece of information that they always ask for, price per disc. Creating such a page was no small task, since there are hundreds of possible combinations of services, and I’ve worked many hours to make it fast & simple. But the highest priority was to make it possible for people that really need a $10 disc to still be able to get it. Please take some time to look it over, and please ask questions. I will change and improve it in any way I can.

ShowFilming.com is nascent, but over time my hope is that it will grow to meet the needs of our exceptional community. (This introduction will be its first blog post – hopefully the first of many.) The site has the ability to be a repository of show information, including dates and times of upcoming shows, links to your pages, and of course, clips from your shows, and the hundreds of others that we’ve filmed over the last 15 years. That’s a big site!

I can’t thank you enough for being valued customers and friends for all these years. May the coming years be increasingly successful for us all. 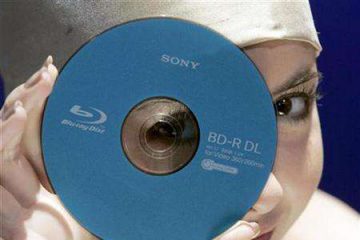